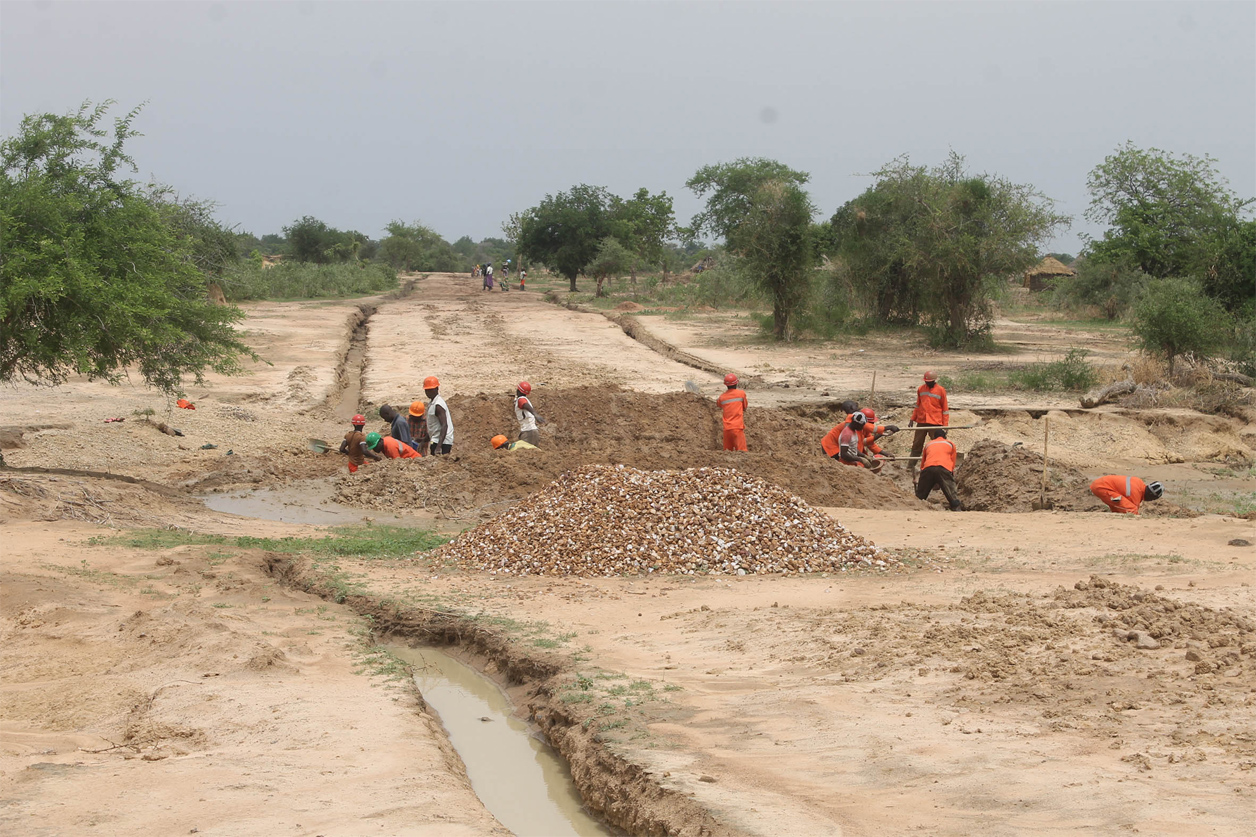 Noted for its spiking peak which tourists and locals alike have fondly christened âMindifâs toothâ, 376 of the communityâs youths paid heed to PNDPâs call to foster local development through the rehabilitation of an eight-kilometre stretch of rural earth road linking it to an adjoining village, Modjombori.

An initial group of 150 young persons were declared fit to work by the compulsory medicals. They were to be joined later by another group of 100.

Thus began a fulfilling task which two months later continued to be regarded by some local residents as a fairy tale. From the privileged position of observer and supervisor of the project, Hamawa Sadjo who is Mayor of Mindif can only commend the initiative. âNothing can be this good. Thanks to this project we have boarded the train to emergence by 2035,â he said. Delinquency has slumped considerably, rural exodus has been reversed and weekly payments are just a few of the positive results of the project listed by the mayor.

For the youths we met on the field, life is currently worth living. Nowadays women, especially those whose husbands had been without work, can take care of themselves as well as their families. Local purchasing power too has increased. Farmers and breeders who worked on the project have been able to buy more oxen to help with farm work and goats. Thanks to constant revenue the project provided, a number of parents and children have been able to afford adequate health care. Such is the face of Labour-Intensive Approach pilot projects in the Far North and Mindif in particular.

âGone are those days when we spent all our time drinking âbil bilâ (a strong traditional alcoholic brew),â quipped 34-year old Bole Gilbert, a young married man with two kids. The project has helped him to better cater to the needs of his family, procure a goat and to have a more positive outlook on life, he argued. He can now serenely look forward to life in future as an animal breeder thanks to the compulsory 30 per cent saving scheme arranged with CrÃ©dit du Sahel, a local microfinance institution partnering with PNDP in the project.

The difficulties encountered during works on the stretch of sandy road seem to have been dwarfed by the enthusiasm and satisfaction of the beneficiaries, engendering some regrets in those who didnât take the compulsory medicals and who had tried to bring in disorder. The youths were glad that the requirement of decent working conditions was respected to the letter. The wearing of protective gear was a requisite and they worked six-hour days. All along a nurse, Samssoussou Bahaoussou, was on standby in case any health concerns were raised.
Laissez un commentaire
0 réaction
Passation des marchés
Archives
Copyright © PNDP JUILLET 2017
ACCES WEBMAIL
Powered by Lux Web Services