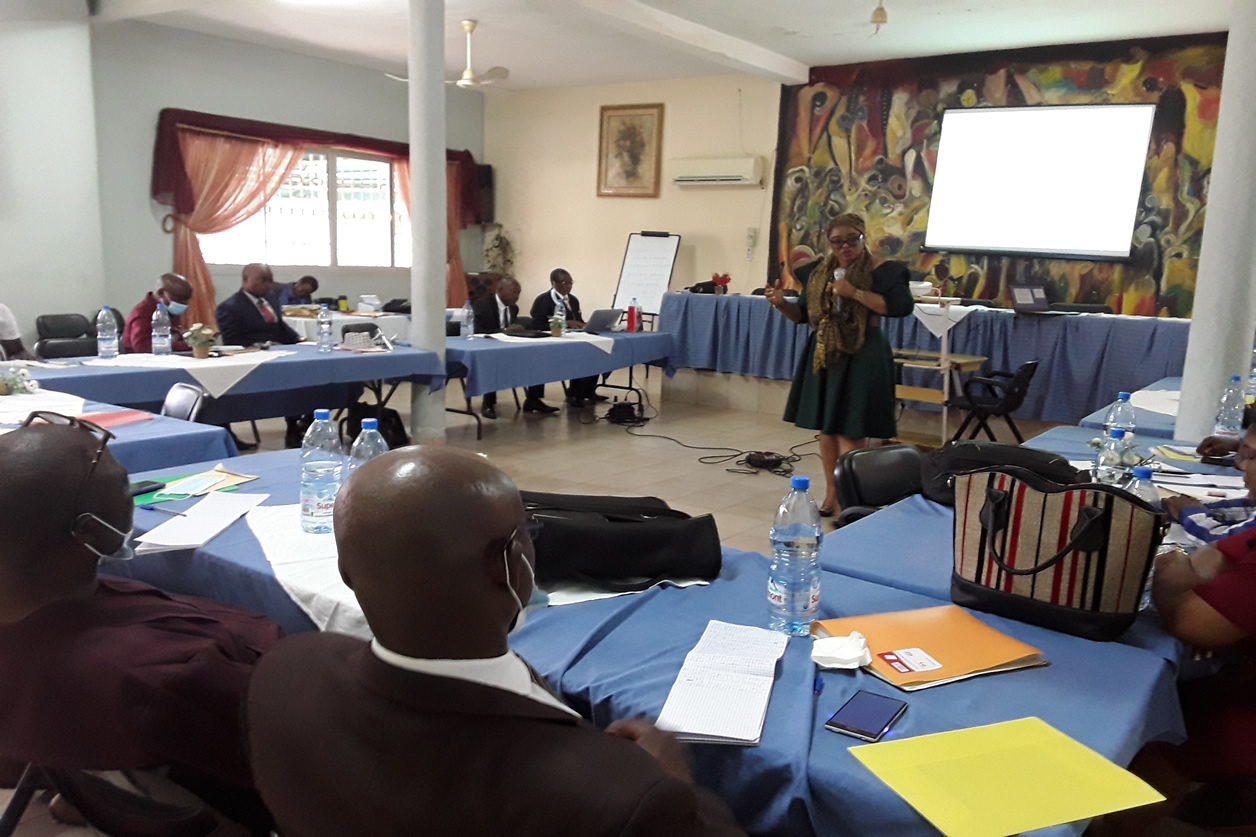 31 Mayors were schooled during a workshop on PNDP Working Mechanisms

Above 65 % of them are new into office following the February 9, 2020 twin election, they traded ideas in a four-day workshop in Limbe.

Mayors in the South West Region have been drilled on PNDP working mechanisms. This was from August 26 to 29, 2020, at the Holiday Resort Inn Hotel, Limbe. Organized by the National Community-driven Development Program (PNDP) and in respect of barriers measures, the Mayors were congregated into two groups for a two-day workshop per group.

During the four days, the Mayors were trained on all the PNDP procedures : Planning, Projectsâ identification, Programming, Selection of service providers, Follow-up of implementation of activities in the field, Accounting within the framework of partnership with PNDP, Monitoring and evaluation system, State of affairs in terms of ongoing and planned activities with partner councils of PNDP.

The Regional Coordinator of PNDP South West, ATANGANA A. Alexander, disclosed that PNDP expects the councils to be proactive. âAs they return to their councils we expect that they understand all the PNDP procedures in terms of Planning, identification of projects, selection of service providers, the follow up of implementation of activities, reporting, accounting of all the financial transactions within the framework of the partnership  between PNDP and councils etc,â he said. According to the PNDP Coordinator, the workshop was due to the fact that after the February 09, 2020 twin elections, over 65 % of new Mayors got elected to councils within the South West Region. It was against this backdrop that it was necessary to get them abreast of PNDP working procedures.

Ekungwe Christopher Kang, the Mayor of Bangem Council indicated that his tools were now sharpened to carry out any PNDP would-be financed project in his municipality. âI have learnt PNDP role in assisting in the development of laws that has to do with local governance. They also taught us the elaboration of council development plans and their implementationâ he affirmed with optimism. On her part, Magdaline Pondy, Mayor of Isangele Council intimated that the acquired knowledge would permit her to design and implement more developmental projects in her council area as well as the projects follow-up.  She added that the lessons acquired will help her build a good relationship with her staff as they strive to dish out the best services to that the peace-loving population of Isangele.
Laissez un commentaire
Aucune réaction
CELLULE NATIONALE
CELLULES REGIONALES
Archives
Copyright © PNDP JUILLET 2017
ACCES WEBMAIL
Powered by Lux Web Services