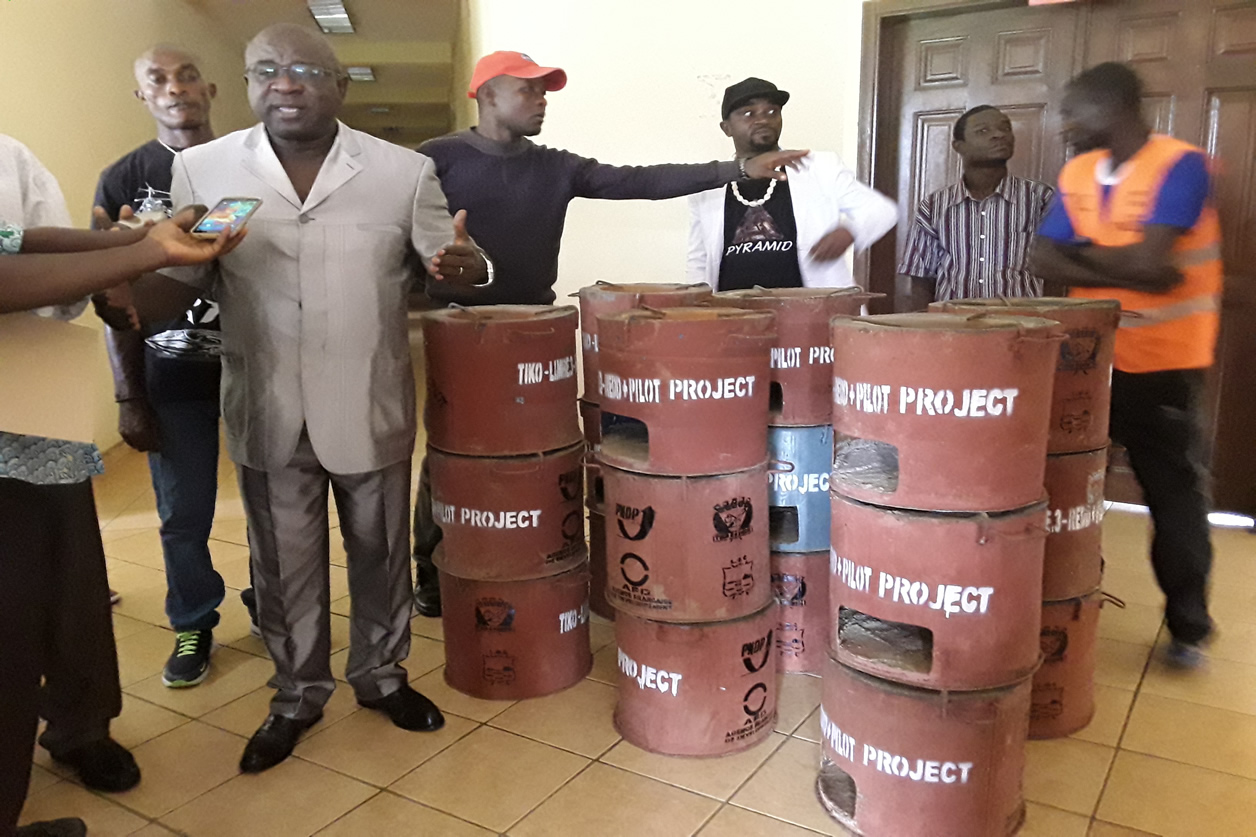 The South West is bent on reducing or rather putting a complete halt to the cutting of mangroves for fuel wood in the Tiko and Limbe III Municipalities with the assistance of the National Community-driven Development Program (PNDP). To prevent the locals from harvesting the mangroves as wood so as to use in their traditional kitchens, PNDP has now provided them with 500 modern charcoal cooking stoves as alternatives. In the Tiko Municipality, the stoves were shared on August 9, 2019, to villagers of Mudeka, Missellele, Ebonji, Tiko and Kange. Those for Limbe III went to Mboma I & II, Tange, Mabeta, Mboko I & II, Iju Mabeta, Bona Ngombe, Bona Bille, Dikolo and Modoli Villages.

Distributing the modern charcoal cooking stoves to Tiko beneficiaries at the Tiko Council, the mayor, Chief Moukondo Daniel Ngande, explained to the users the consequences of continuously harvesting mangroves for fuel wood. âThat is where fish lay their eggs. If mangroves disappear, it means at the long run, there will be no fish. We therefore have to preserve these mangroves in all its forms,â he appealed to the population. He explained further that the stoves require very little wood or charcoal to cook effectively. The Mayor of Limbe III, Nseke Luma, said that given that the stoves use less wood, they will curb deforestation.

The beneficiaries were told that the provision of the 500 cooking stoves is at its pilot phase, adding that the exercise aimed at discouraging the cutting of mangroves for fuel wood will indirectly reduce their financial expenses on buying wood. They were told a commission will in the days ahead, make the communities see how the cooking stoves have been put into use. The beneficiaries were cautioned not to sell the cooking equipment.

HRH Chief Mbollo Ndedi Yves Patrice, Traditional Ruler of Missellele village appreciated PNDP for donating the stoves to his subjects. âThey are going to be very helpful to my people. We are in a rural area and depend mostly on wood for domestic cooking,â he explained while adding that the stoves will reduce the pressure on harvesting mangroves.

Among the beneficiaries were Nges Camera and Ebong Elizabeth who specified that they harvested mangroves for fuel wood though with a lot of difficulties. They also added that it is also very expensive to buy mangroves. To them, the charcoal stoves have come as a huge relief. They were thankful to PNDP for providing them with the modern charcoal stoves which are less costly to manage.
Laissez un commentaire
Aucune réaction
CELLULE NATIONALE
CELLULES REGIONALES
Archives
Copyright © PNDP JUILLET 2017
ACCES WEBMAIL
Powered by Lux Web Services